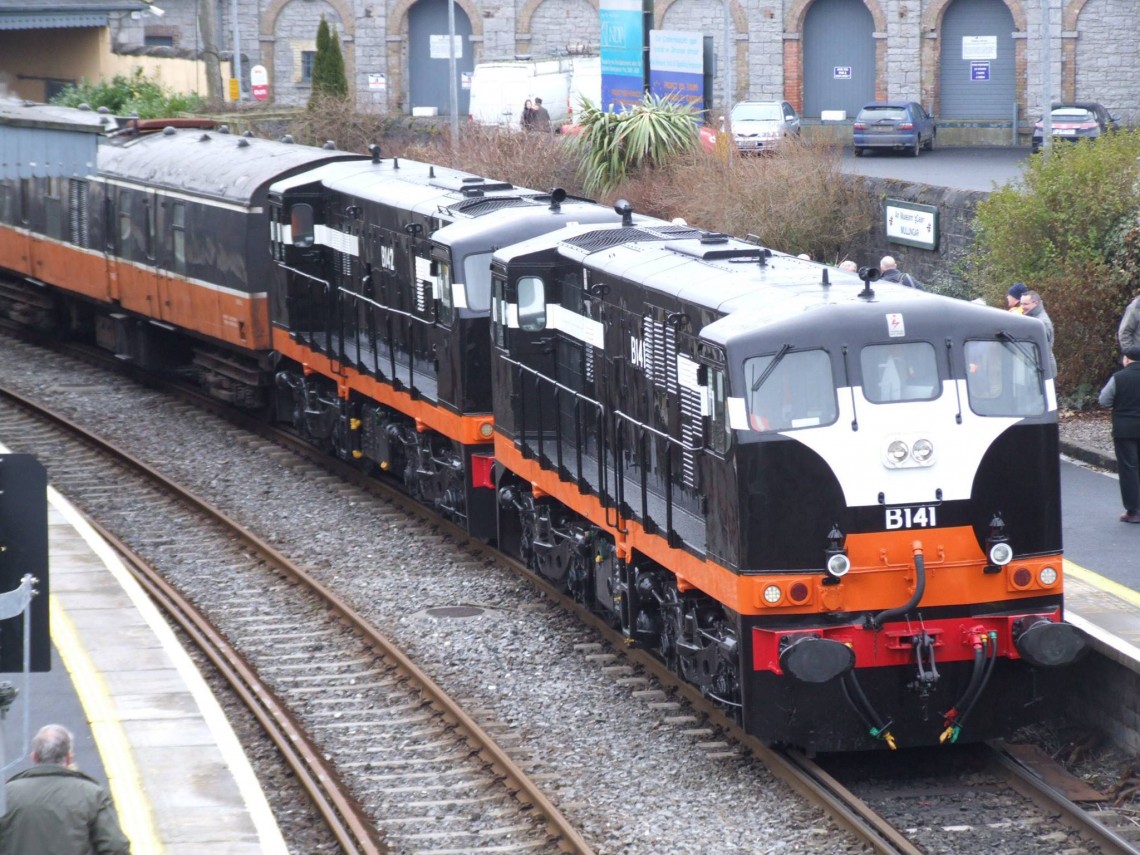 Locomotive B141 is the first of the double-ended locomotives produced by the Electro Motive Division of General Motors in 1962 and is of national and international importance. The locomotive was taken out of regular service in 2010, and ran its first preservation trip, to Longford, working in multiple with sister B142 in February 2010.

The 15-strong members of the (GL8) 121 class locos of 1961 were intended to solve the motive power crisis then existing on CIÉ. They soon proved to be reliable when not overloaded, problems with poor braking were resolved with later modifications based on experience with the 141 class. The main disadvantage with the 121s was the single end cab, meaning turning at terminal stations, with consequent time and maintenance of tables. The issue of not being fitted with multiple working was resolved with the introduction of the 141s, the 121 locos were so fitted later in Inchicore.

Driver training and trials commenced 2 days later to Hazelhatch, Kildare and Monasterevan, further trials to Drogheda and Arklow took place later the next week.& Introduction to traffic was on 10th December 1962 on services to Belfast, Cork, and double-headed to Limerick. Route clearance on the UTA was carried out, the only restrictions were, no double-heading over the "Lagan Shaky Bridge" on the Belfast Central line, and members of the class were not permitted on the branch to Coalisland! They did, however, get at least as far as Omagh on the 'Derry Road'.

A series of speed trials on the Cork main line was planned for January 1965, aiming for a journey time of 2 hours 30 minutes for the 165 miles, but it was soon realised that to achieve this a double-headed pair would have to be "flogged" continuously, which was not acceptable. An alternative 'best' time of 2 hours 45 minutes was preferred, hopefully reducing to 2 hours 40 minutes. Further trials took place in September and October 1966, leading to a timetabled time of 2 hours 50 minutes in the June 1967 timetable, the introduction of the later 181 class in 1967/8 ensured that this schedule was achieved that bit easier.

Two plaques are attached to the locomotive: The Railway Preservation Society of Ireland gratefully acknowledges the assistance of Phil Verster, Chief Mechanical Engineer of Iarnród Éireann - Irish Rail, in the preservation of this locomotive. 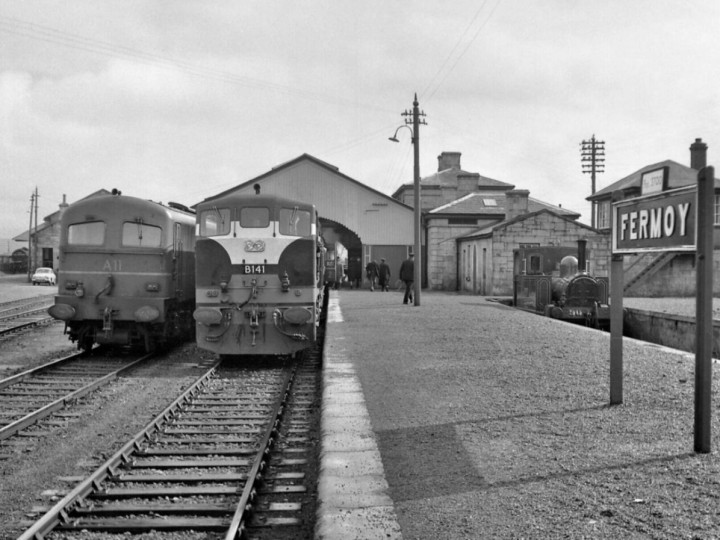 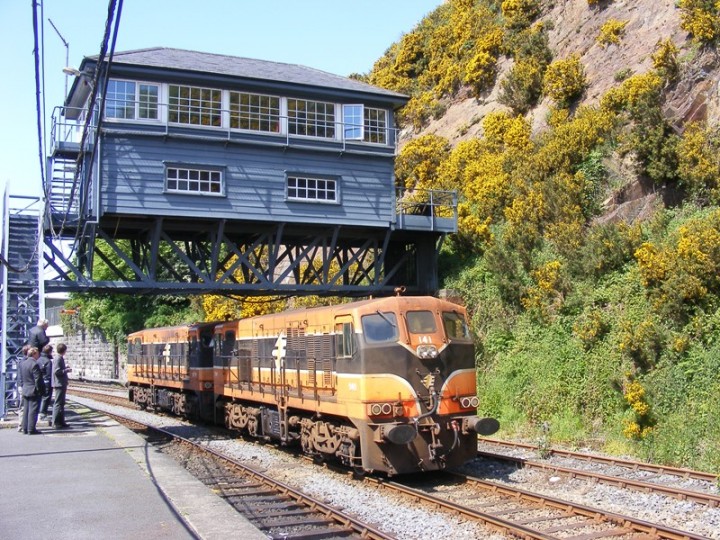 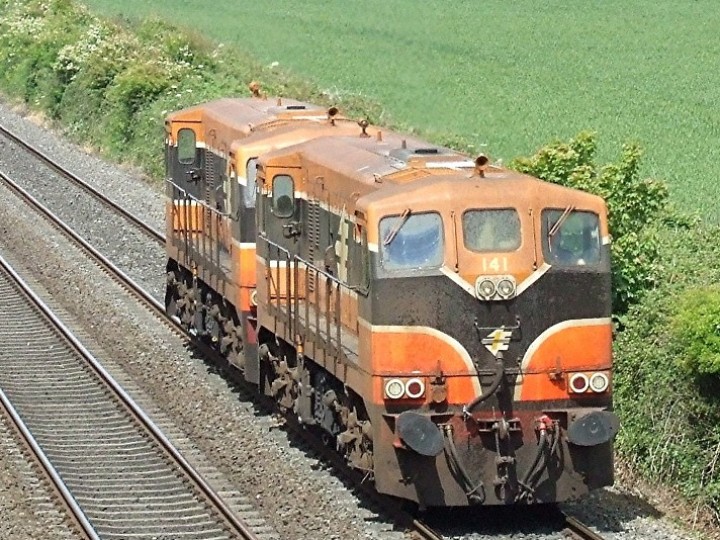 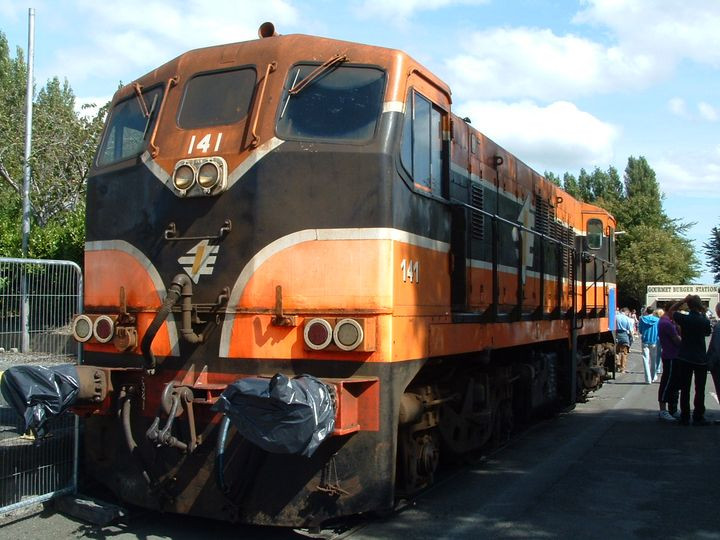 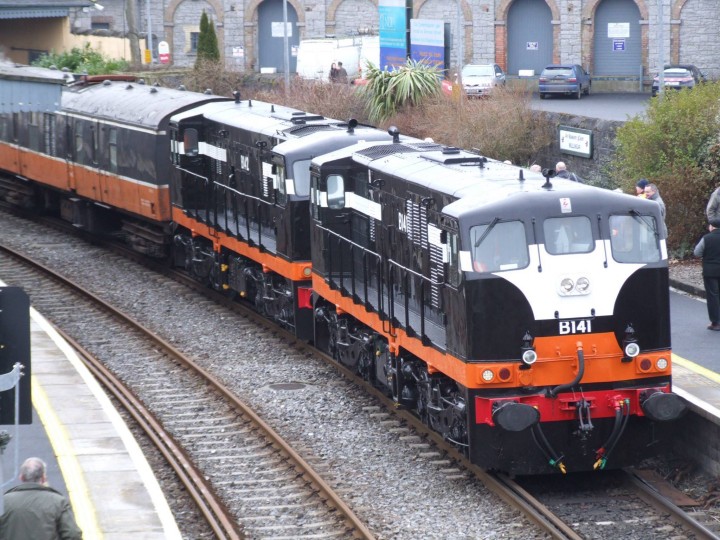