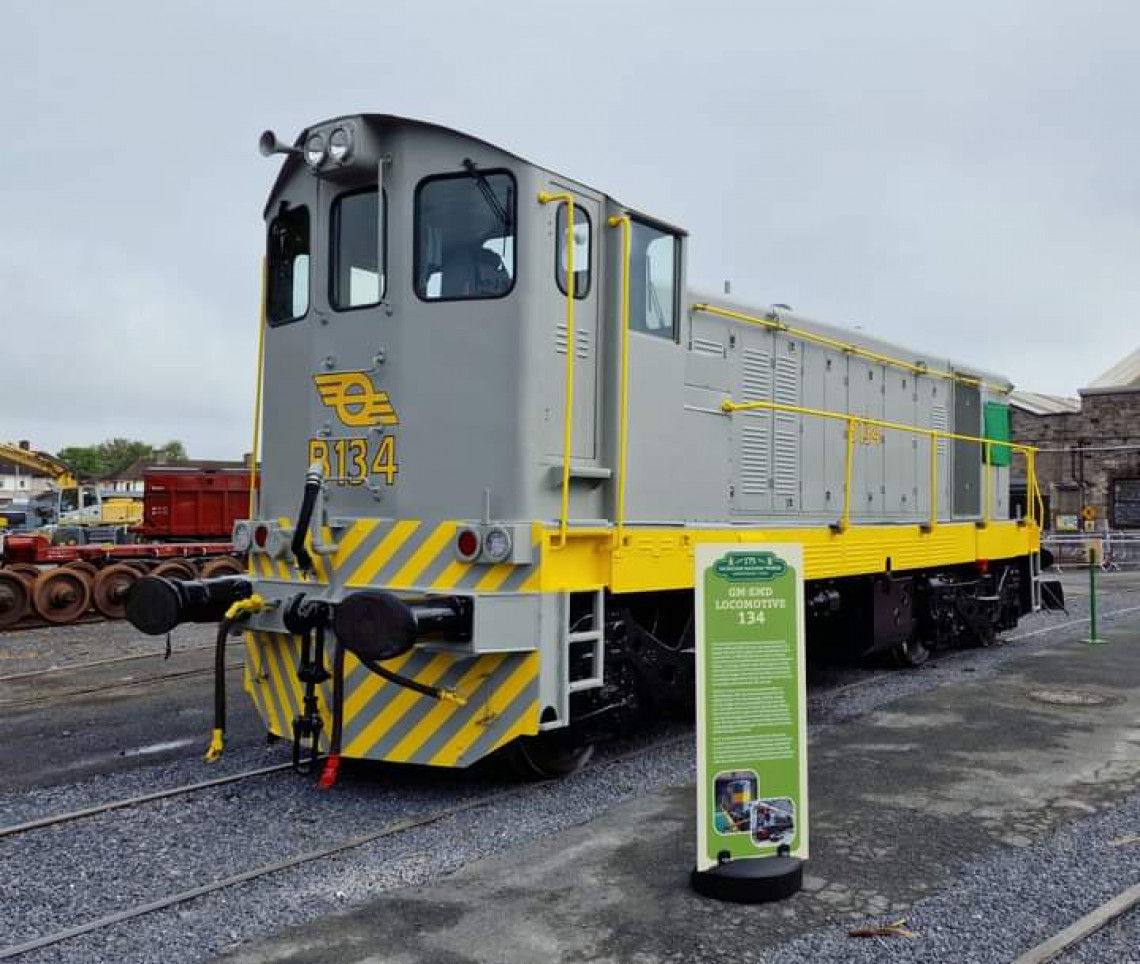 Locomotive 134 was bought for the Railway Preservation Society of Ireland by a group of members as part of the strategy to create a mainline heritage diesel fleet. The locomotive was one of the last two 121 Class locomotives to remain active in company service, ending its days on engineering trains before being withdrawn in June 2008. Purchased by funds raised by RPSI in 2012, it currently is in store in Inchicore.

In 1960, Córas Iompair Éireann (Irish Transport Company) ordered its Class 121 Bo-Bo locomotives from American diesel builder Electro-Motive Division. Design of the class 121 (EMD export Model GL8) represented an adaptation of its standard American switcher design, and the model shares common qualities with EMD's SW9 switcher type. Among the differences implemented on the 121 were a low profile cab to accommodate the lower clearances in Ireland than in America, and a different bogie type reflecting abnormally light axle loading in Ireland.

The 15-strong members of the 121 class locos of 1961 were intended to solve the motive power crisis then existing on CIÉ. Entering traffic on 20th February 1961 they soon proved to be reliable when not overloaded, problems with poor braking were resolved with later modifications based on experience with the 141 class. The main disadvantage with the 121s was the single end cab, meaning turning at terminal stations, with consequent time delays and maintenance of tables. The issue of not being fitted with multiple working was resolved with the introduction of the 141s, the 121 locos were so fitted later in Inchicore.

It then looked as if the 121 (B) class locomotives would get a new lease of life in 2001/2002, when the decision was taken to refurbish the class. This work included a body overhaul and the interior of the cabs being refurbished. In the end only four locomotives were so treated, these being 123, 124, 131 and 134, as a policy change resulted in a decision being taken to now phase out these locomotives. The remainder of the class then continued in service until withdrawals commenced in mid-2002, with all locomotives except 124 and 134 being withdrawn by the end of March 2003, although locomotive 123 was also kept in use as Inchicore Works pilot locomotive until August 2003. All the remaining locomotives were ultimately scrapped.

One passenger duty remained for the few remaining 121 (B) class locomotives in their later years, this being the Limerick to Limerick Junction push/pull shuttle service that was formed of a Mark 3 push/pull set. 134 was a regular performer on this duty until the shuttle service went over to railcar operation on 9th March 2004.

Locomotives 124 and 134 continued in service with Iarnród Éireann, usually running together as a pair on engineer's trains, until both were taken out of service on 31st March 2008 and officially withdrawn on 3rd June.

In early 2017, the locomotive moved to Inchicore for overhaul with a view to returning to RPSI mainline service. The overhaul was progressed significantly during 2018.

During 2020 work on the locomotive stalled due to pressure of 'lockdown'. In the meantime, the Society commissioned a model of the locomotive to help raise funds.

In mid-2021 work was able to recommence, with delivery of replacement bodywork items that had been out for fabrication. On going work through the summer and autumn of  of 2021 saw the locomotive bodywork coming together and a temporary Irish Rail (071) livery applied.

The locomotive appeared for the first time in its original retro livery at the "Inchicore 175" open day on 7th May 2022. It was officially unveiled by the American Ambassador to Ireland, Claire Cronin. 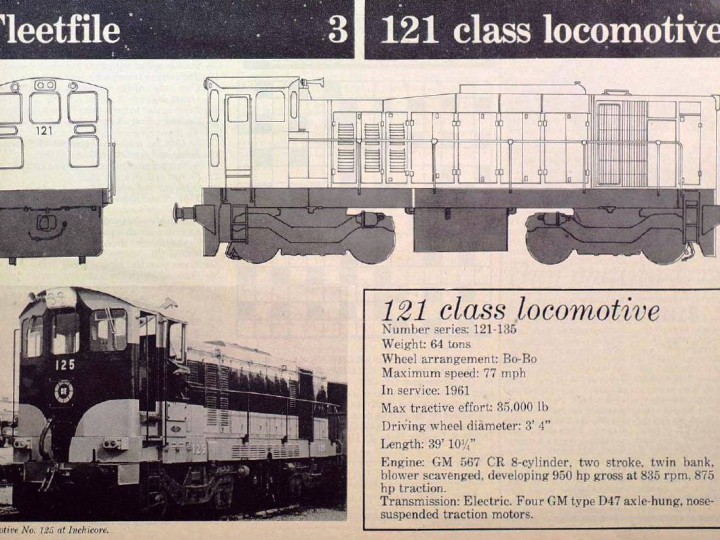 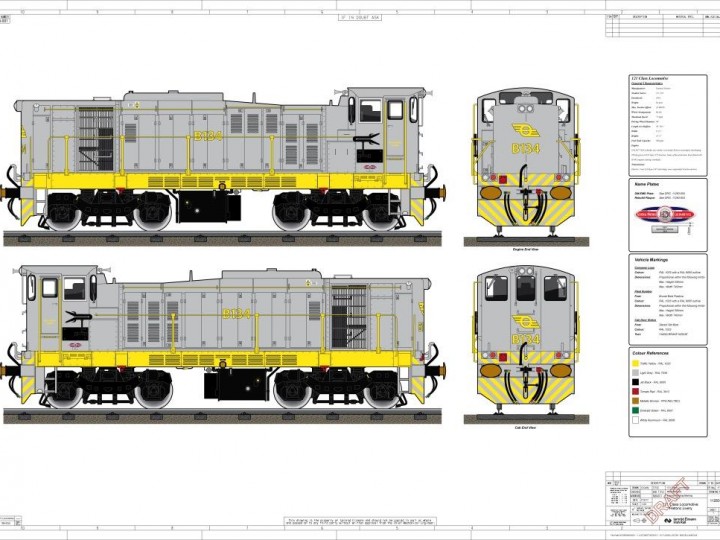 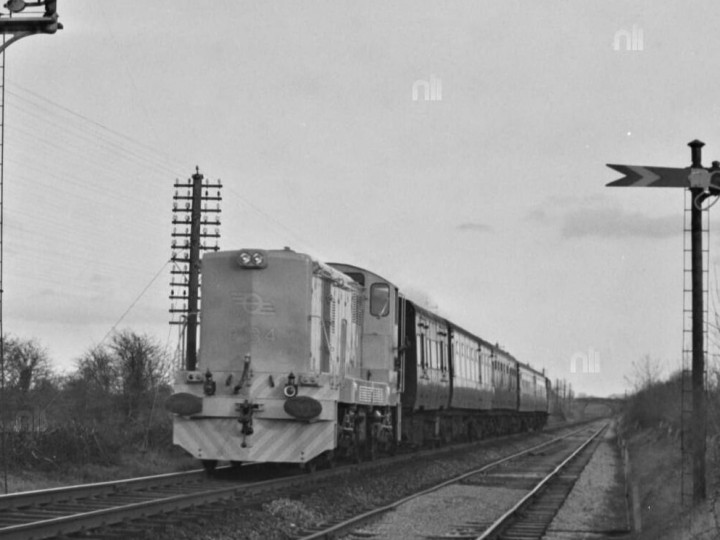 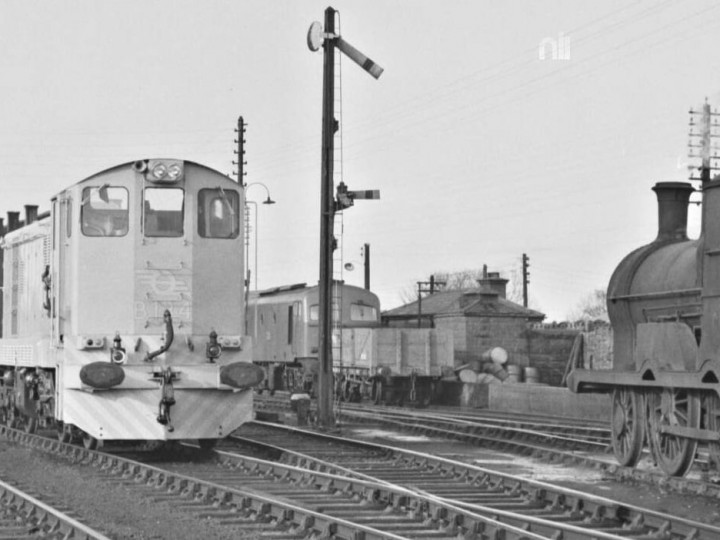 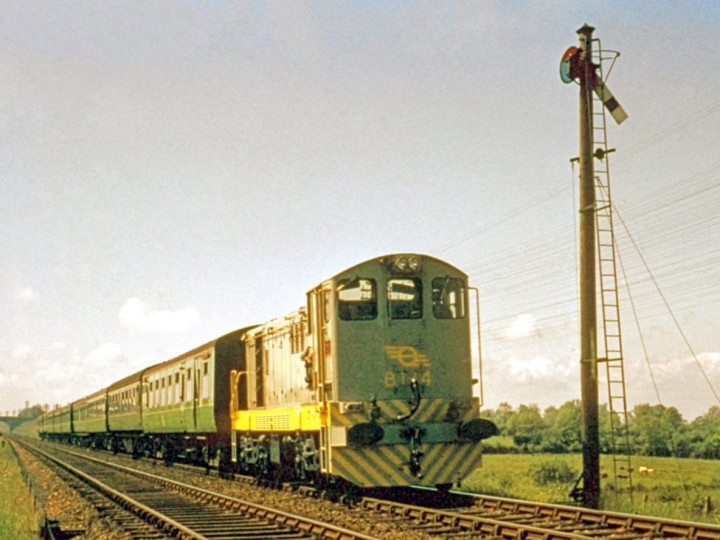 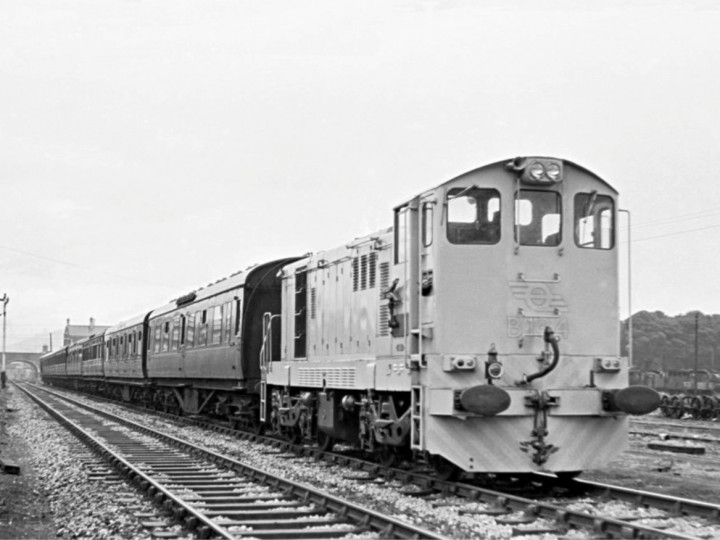 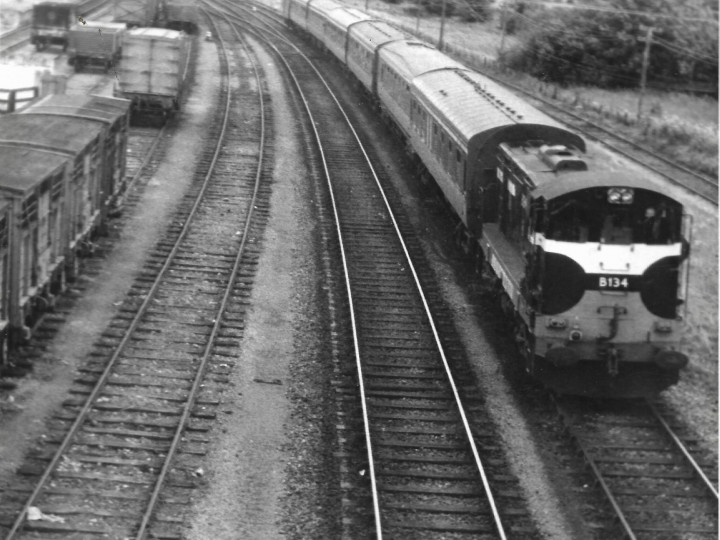 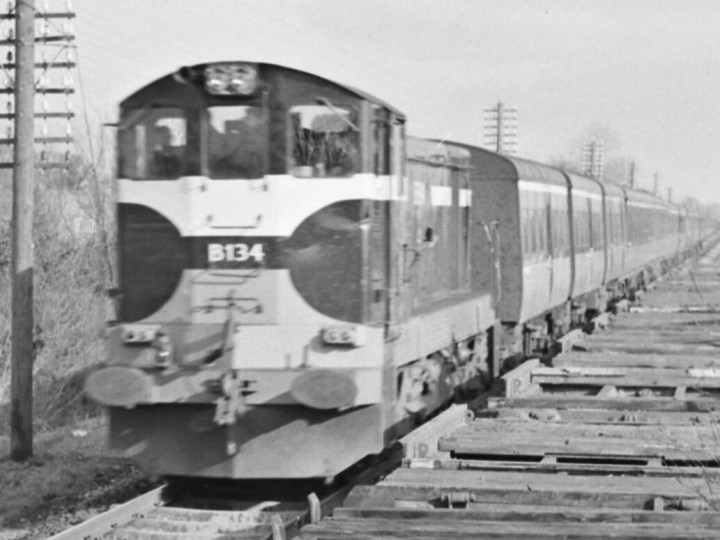 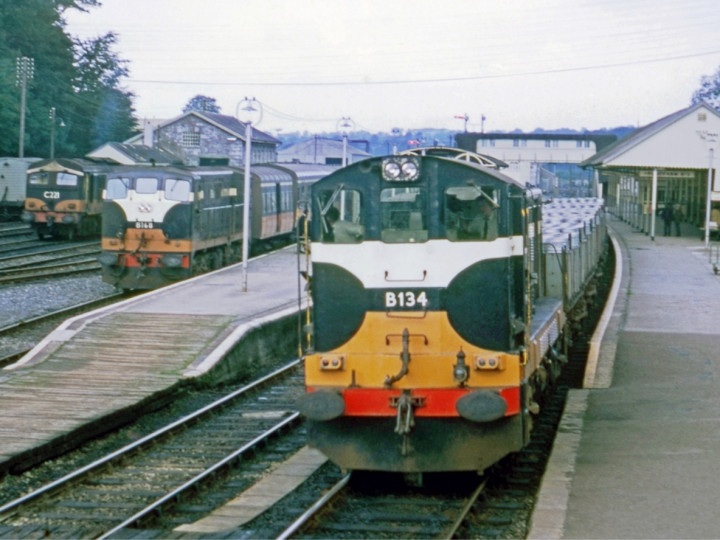 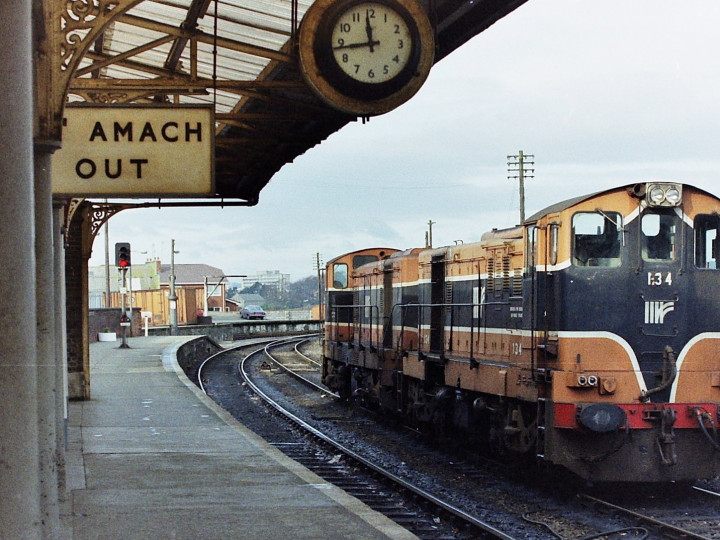 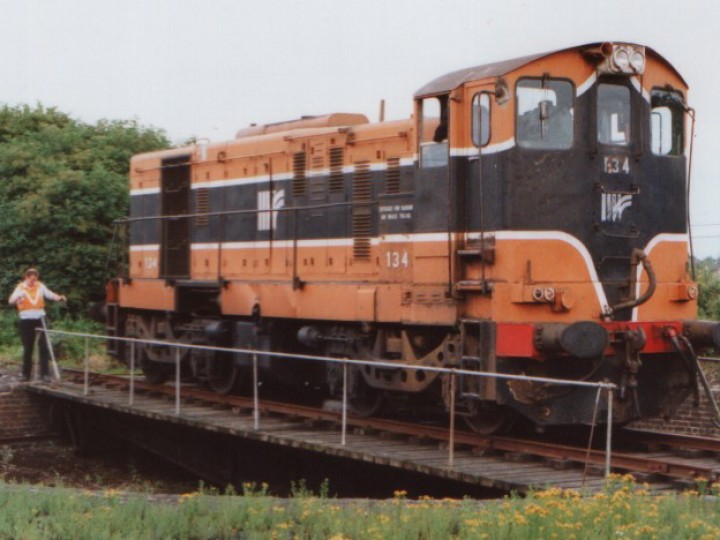 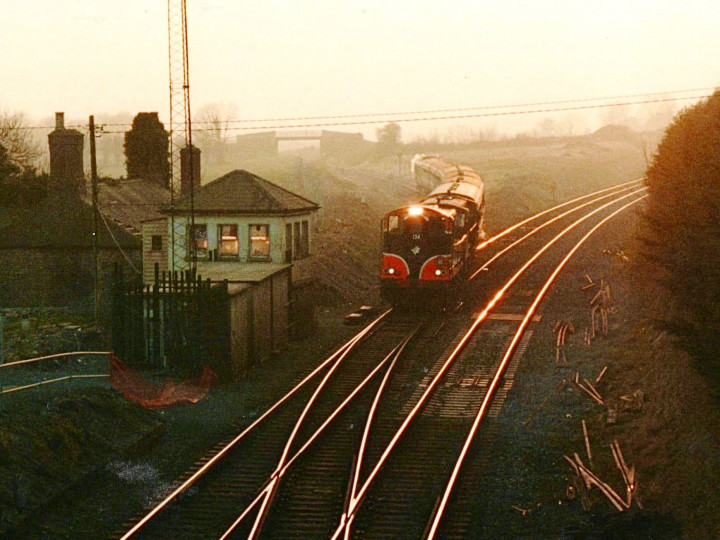 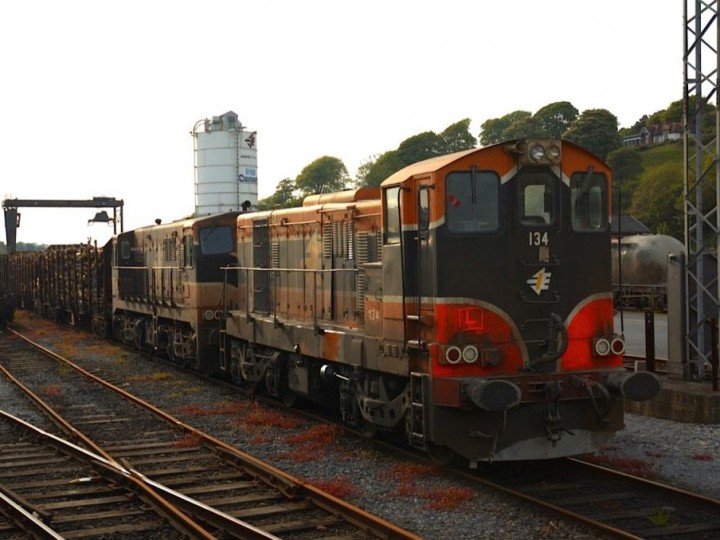 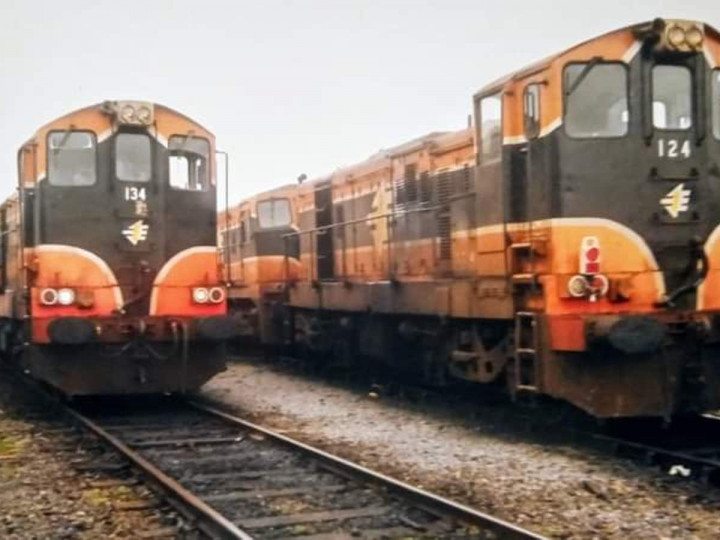 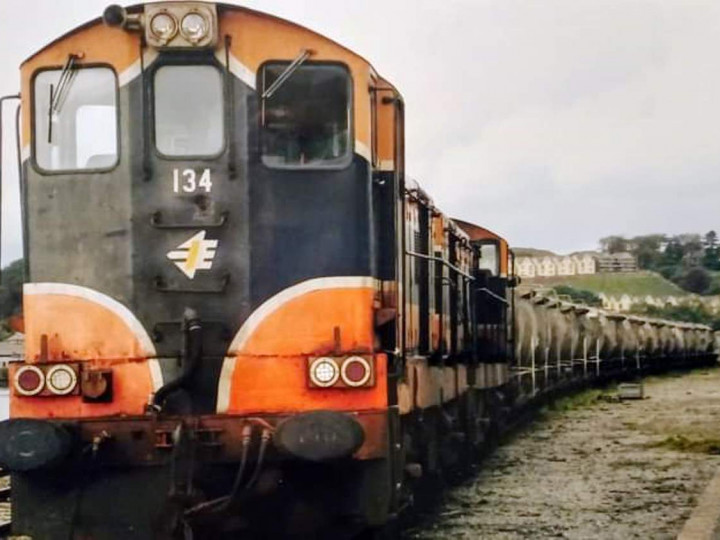 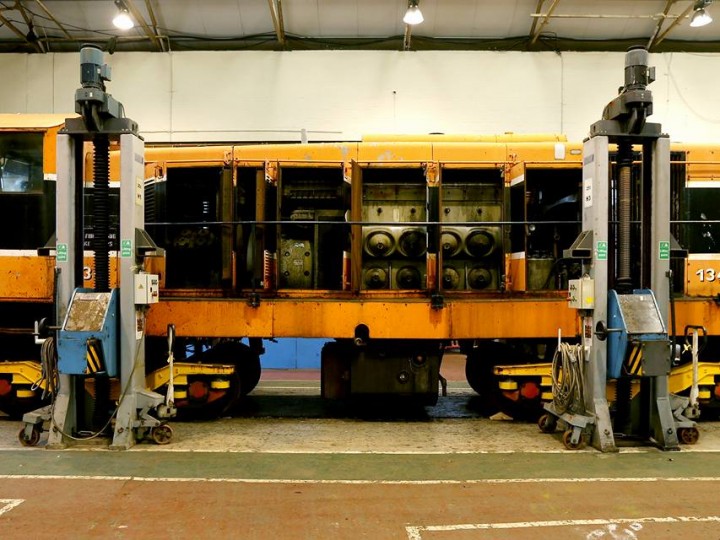 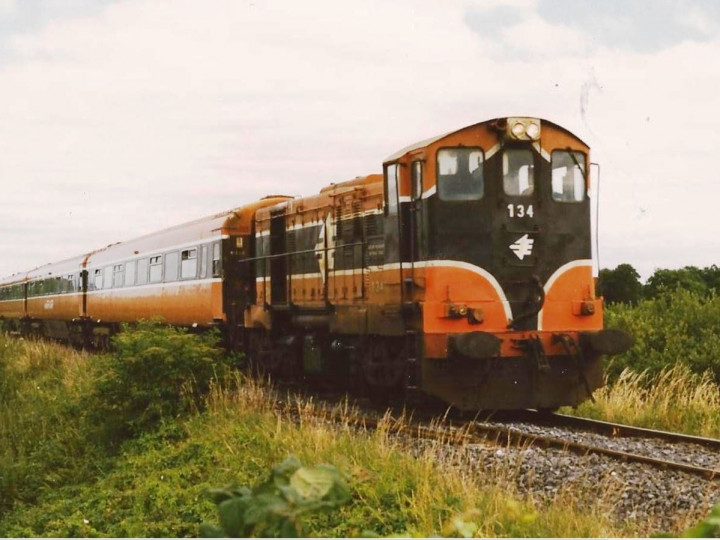 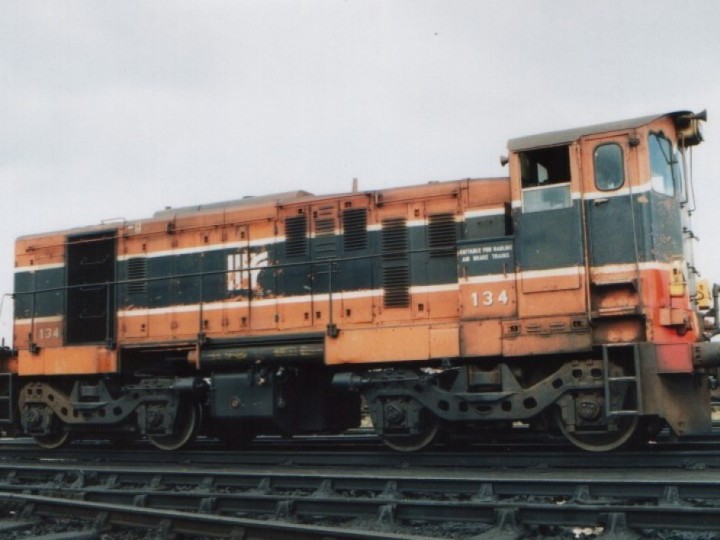 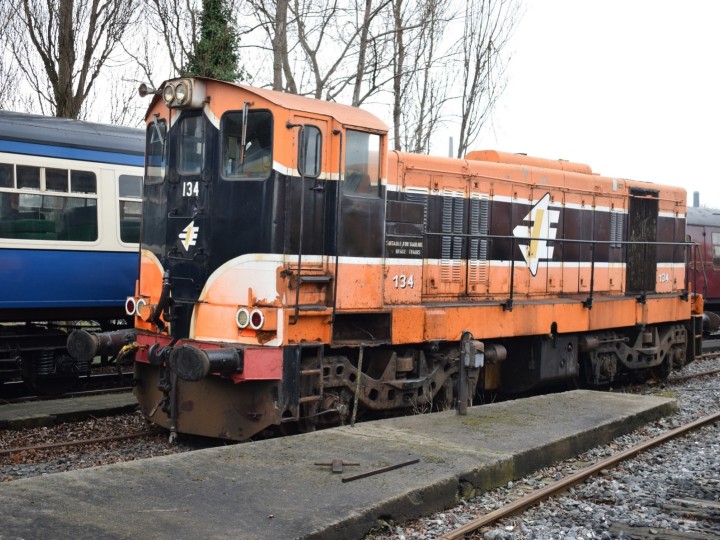 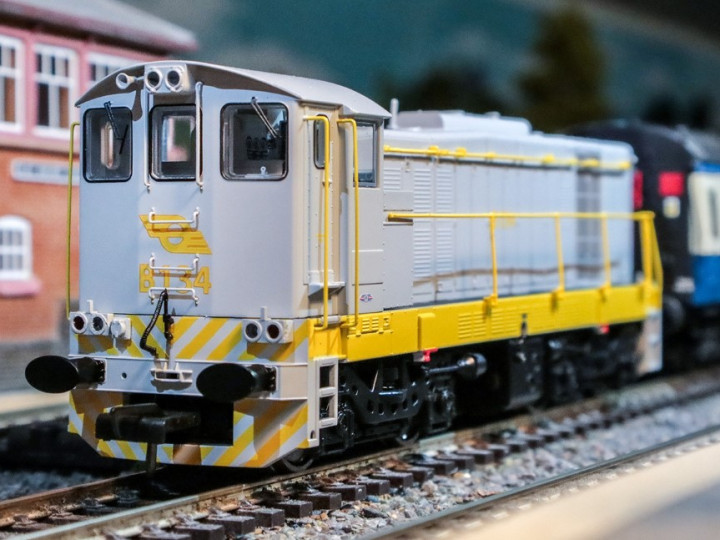 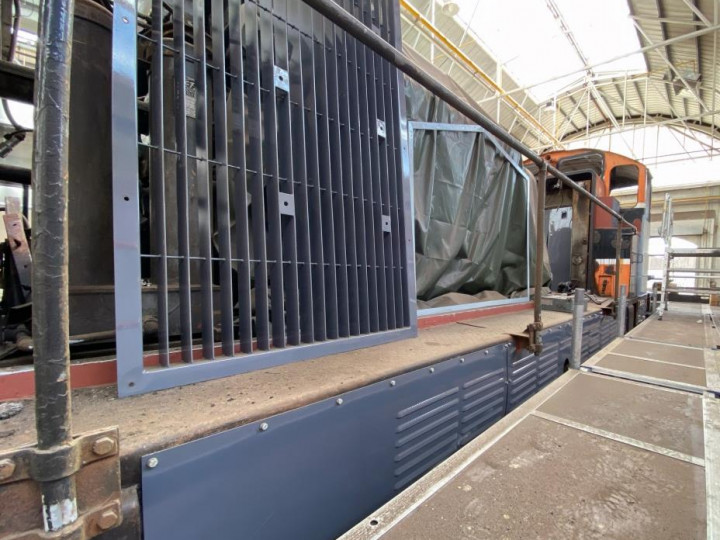 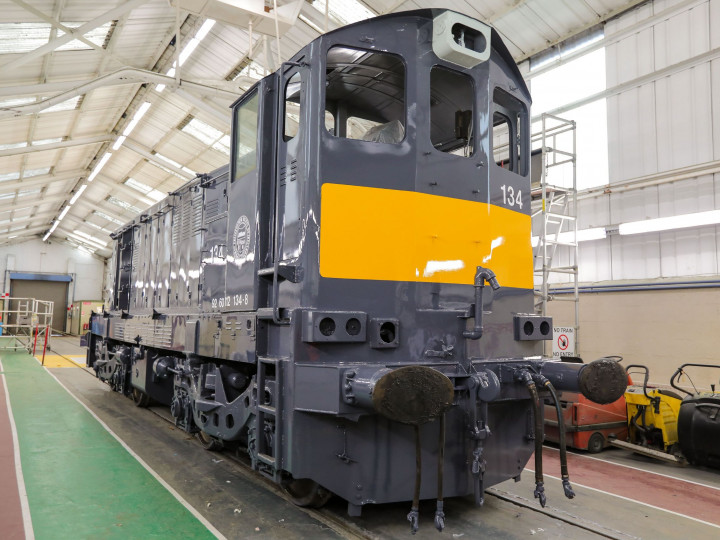 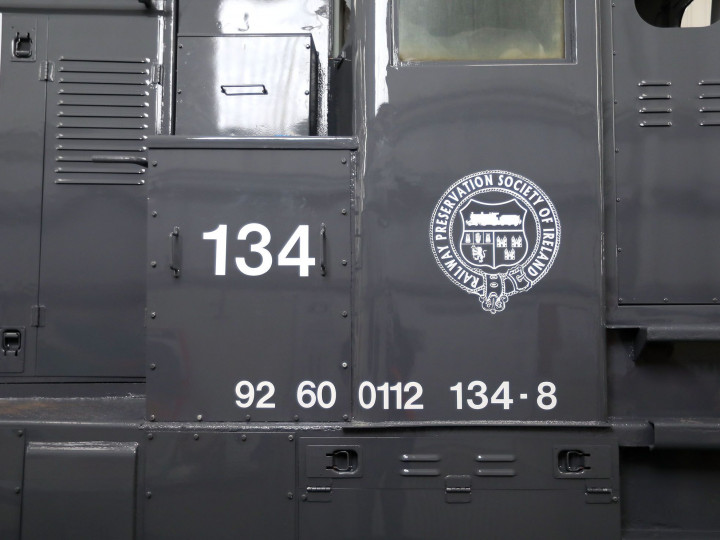 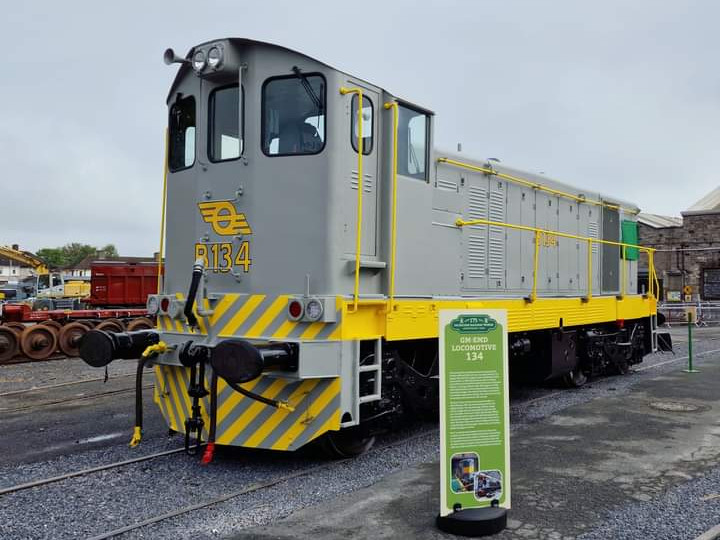